“The Next Big Thing” Interview

I have been tagged to participate in “The Next Big Thing” Interview Series. Thank you to the talented poet Cynthia Schwartzberg Edlow for inviting me to participate by responding to some questions about my poetry book published by BlazeVOX [books] in 2012. Cynthia is the author of The Day Judge Spencer Learned the Power of Metaphor, published by Salmon Poetry in 2012. 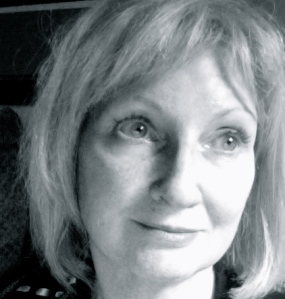 TNBT: What is the title of your book?

TNBT: Where did the idea come from for the book?

The poems in Transcendental Telemarketer originated as individual works, but common threads link them to each other: the fusion of Eastern and Western cultures, sensibilities, and themes; the loss of familiar landscapes, language, and love; the exile’s longing to belong.

As William Allegrezza, author of Fragile Replacements, points out in his blurb, the poems “swing from the U.S. to Japan to Afghanistan, from Islam to Buddhism to Christianity.” As the child of missionaries, I spent my childhood in Japan, India, and North Carolina, and my poems seem to have been carried across continents in a suitcase. They reflect the cognitive dissonance of a child raised between cultures.

TNBT: What genre does your book fall under?

TNBT: What actors would you choose to play the part of your characters in a movie rendition?

That’s a question I’ve never considered since poems are rarely, if ever, adapted for film, but it’s an interesting idea since some poems—not only mine but poems by many other poets—include narrative elements.

The child sweat-shop workers in “The Origins of Silk” could be played by the child actors from Slumdog Millionaire: Savita by Rubina Ali, Ganga by Tanvi Ganesh Lonkar, and Naushad by Tanay Chheda. I can see the beautiful Zhang Ziyi from Memoirs of a Geisha as the Empress Hsi Ling-Shi and Rick Yune of Snow Falling on Cedars as the Yellow Emperor Huang-Ti.

Vasundhara Das, the bride in Monsoon Wedding, would be my choice to play the legendary poet Rabeha Balki in “For the Poets of Afghanistan,” with the Afghani actress Sahar Parniyan playing the role of Nadia Anjuman.

I see Youki Kudoh from Snow Falling on Cedars as “the woman/who stepped from this pool of fallen silk” in “Obi” and the crane wife in “Kimono.”

Of course, Pamela Anderson would play the buxom, bootielicious Bambi!

TNBT: What is the one-sentence synopsis of your book?

Loss is the price we pay to live and love.

TNBT: How long did it take you to write the first draft of the manuscript?

I must have been a slug in a past life because I write very slowly. It took me about ten years to complete Transcendental Telemarketer. When I’m writing poetry, I don’t write a draft of the book. I write a draft of each poem. Then I revise the poem—once, twice, three times, and more. Sometimes poems sit for years before I figure out what to do with them. When I wrote “Still Life With One Apple,” I started the poem in couplets and got all the way to the last stanza, but I couldn’t write two lines that worked together. The poem sat in a drawer for years because I couldn’t end it. I was trying to force a couplet at the end because the rest of the poem was written in couplets. Finally, after I’d gone through a divorce, I found the poem in a pile of unfinished poems and had a light bulb moment. I realized that the poem didn’t have to end with a couplet: it could end with a single line. Just as couples come uncoupled, a poem’s pattern can be broken, too.

Writing poems is only the first step in completing a book manuscript. The next step is to submit the poems to literary journals for publication, slowly building a portfolio of published poems. Finally, deciding which poems to include in the manuscript and how to arrange them is an art in itself, one that I struggle with since my poems tend to be all over the map. I tried various configurations of Transcendental Telemarketer, including breaking the collection into two chapbook manuscripts, before submitting the full-length book manuscript.

TNBT: Who or what inspired you to write this book?

I admire the work of so many poets that I find this question difficult to answer. As a young adult, I studied with poets Ron Bayes and Howard McCord, who had traveled in Asia and understood my perspective. The late Agha Shahid Ali is a favorite poet of mine because his work fuses Eastern and Western themes and sensibilities, a hybrid culture I attempt to create in my work, too. Although I never met him, I feel a kinship with him.

Another reason Ali is a favorite of mine is because of his interest in form. I experimented with what Roger Weingarten calls “reincarnated forms” in my book, e.g., “The Bambi Canzone,” and “And One More Thing …”.  Forms used in the book include the canzone, ghazal, haiku, lune, pantoum, sestina, tanka, and an unrhymed sonnet redoubled.

TNBT: What else about your book might pique the reader’s interest?

Well, “My Life as a Slut” takes the reader through some slightly risque romps, “The Bambi Canzone” features boobs, boobs and more boobs, as well as multiple orgasms, and “Orange” is a metaphorical striptease involving fruit and white Valencian lace.

TNBT: Will your book be self-published or represented by an agency?

Transcendental Telemarketer was published by BlazeVOX [books], a publisher of “weird little books” based in Buffalo, New York.

Thank you to my editor, Geoffrey Gatza, for his kind support of my work.

It is my pleasure to introduce the following tagged poets for next Wednesday’s “The Next Big Thing” Interview Series: